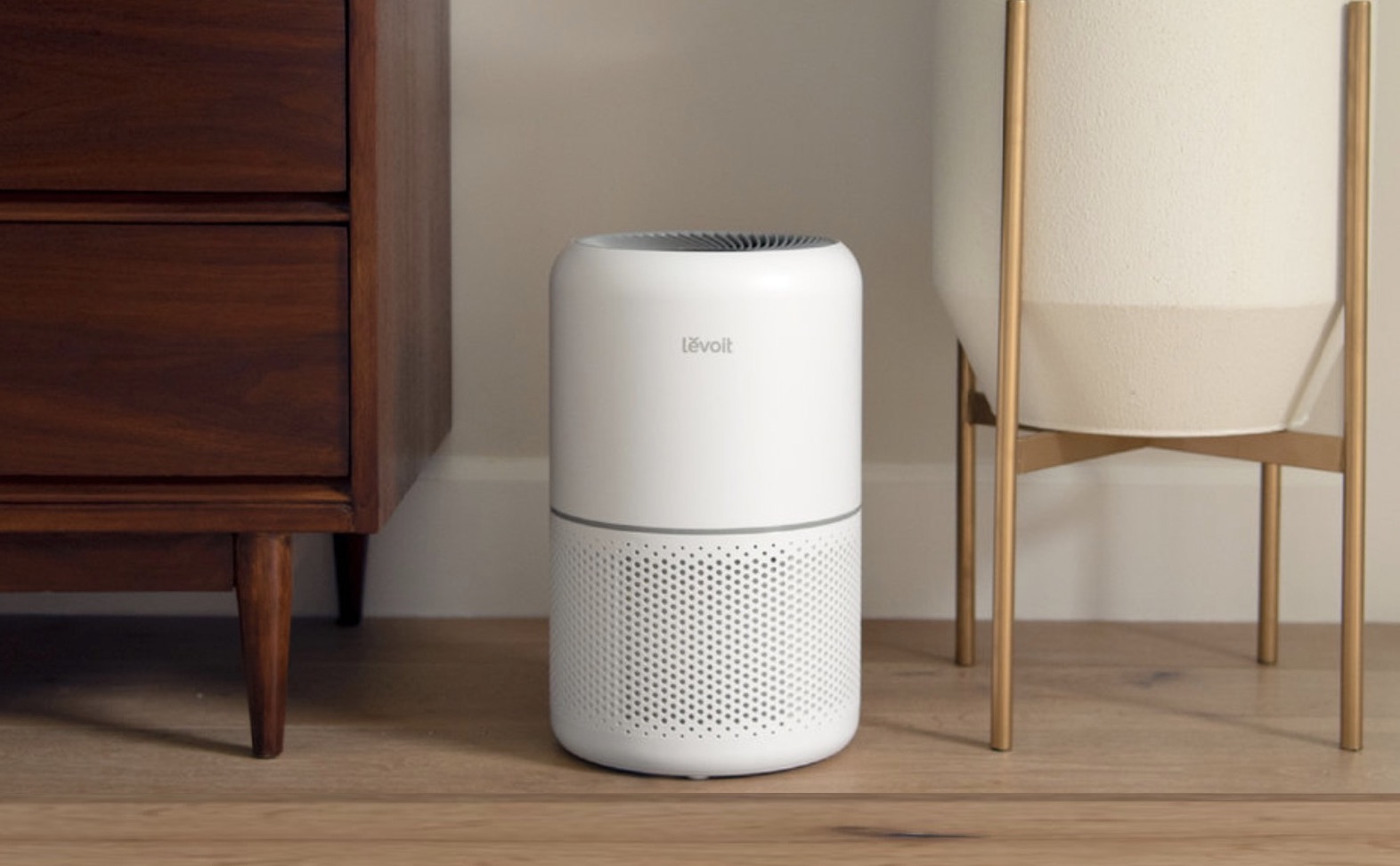 Levoit has been a top producer of today’s most popular air purifiers.

For more 2+ years the compact, Levoit LV-H132 was the top seller on Amazon Canada – It was super affordable and included high quality HEPA filters.

It was arguable the best air purifier below $100.

With the success of the LV-H132, Levoit recently released a newer version w/ better air filters, quieter operation, and 2x the room coverage.

Already it is one of the highest rated air purifiers in Canada..

The Levoit Core 300 air purifier is designed for small or medium size rooms. From buyer reviews, it is used in bedrooms, living rooms, apartments, home offices, and even classrooms.

It comes equipped w/ Vortexair tech to circulate air up to 5x per hour.

One reviewer with pet allergies said she felt an immediate difference within 1-hour of turning it on. 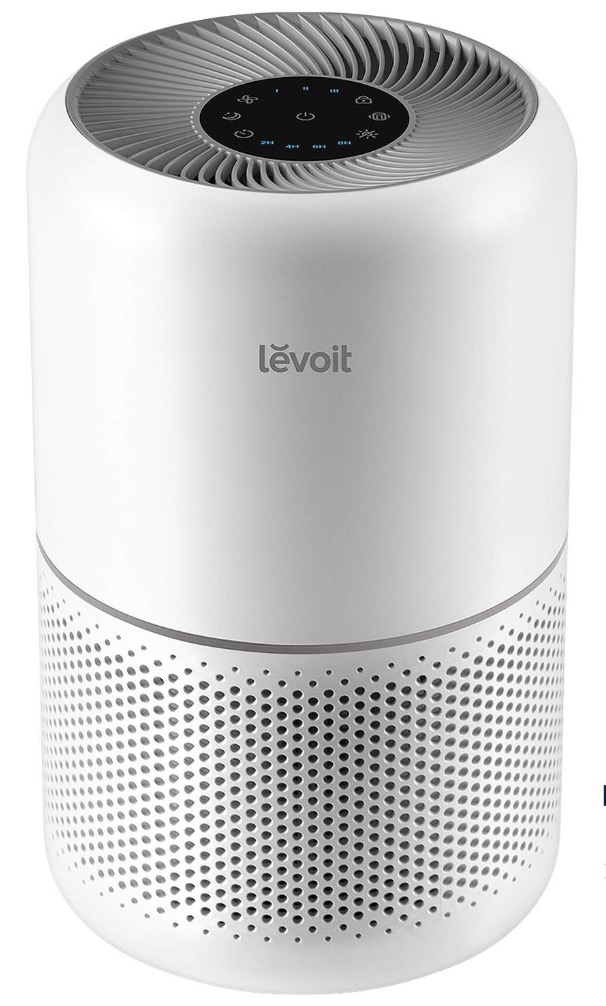 The HEPA filters are perfect for removing ultra-fin particles. Like the Levoit LV-132, the filters are able to capture 99.97% of pollutants as small as 0.3 microns.

Buyers say they feel an immediate difference in air quality – especially if allergic to seasonal elements or pet dander.

FYI: You’d be surprised how many people are allergic to their pets!

The Levoit air purifier comes 95% preassembled making it ready to use straight out of the box.

All that’s required is to insert the filters – each comes in an individual bag. Buyers say the top is easy to twist off and that the HEPA filter fits perfectly in the top panel.

Place it in the area you want and plug into the wall.

Entire set up takes no more than 2-mins! 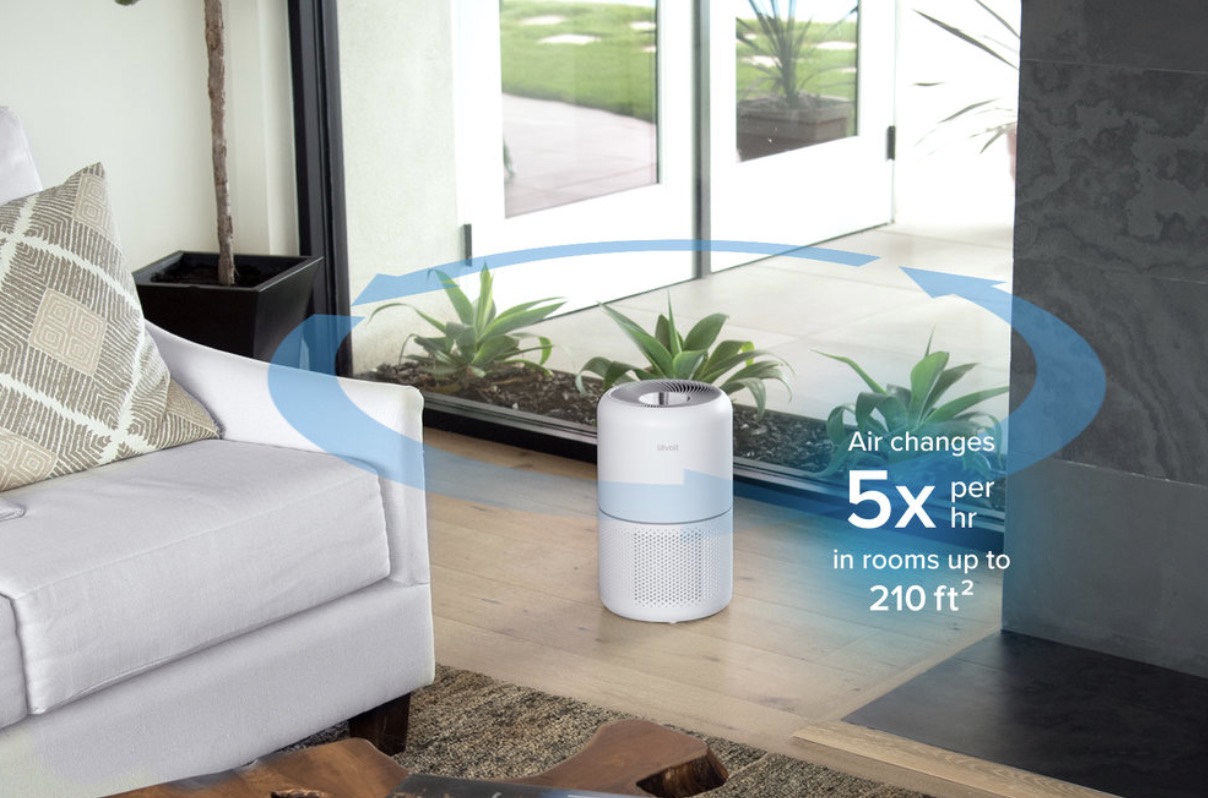 The most important criteria in recommending an air purifier’s performance is through the number of filters used.

As a compact model, the Levoit air purifier is surprisingly quiet.

Like its predecessor, the Levoit LV-132, the Core 300 is whisper quiet w/ noise level of only 24 decibels on ‘Sleep Mode’.

Personally I think it is the best air purifier for home and bedrooms.

One noticeable is the speed in which it operates.

The Levoit air purifier is able to revitalize air up to 5x per hour in rooms measuring 215 sq. ft. (20 sq. metres).

Another advantage is the washable pre-filter and long-lasting HEPA air filters. Levoit recommends hand-washing the pre-filters more often, but it shouldn’t take more than a couple mins.

Buyers also love compact size – weighing only 8.75 pounds, you can easily move it where it’s needed!

Overall the the Levoit Air Purifier is the best under $100. It’s designed for allergies and pet dander, but it is effective homes or offices up to 215 sq. ft.

As a whisper quiet model, I think it’s ideal for bedrooms, apartments, and home offices.

Its compact size makes it super portable too – it can sit nicely on a bedside table or unobtrusively in the corner of a bedroom.

Another reason I love it is the brand. Levoit has a long-standing reputation for producing dozens of air purifier models – nearly all are top sellers on Amazon w/ the Levoit LV-132 being the most popular.

With so many positive buyer reviews and affordable price, it’s def worth giving a shot!