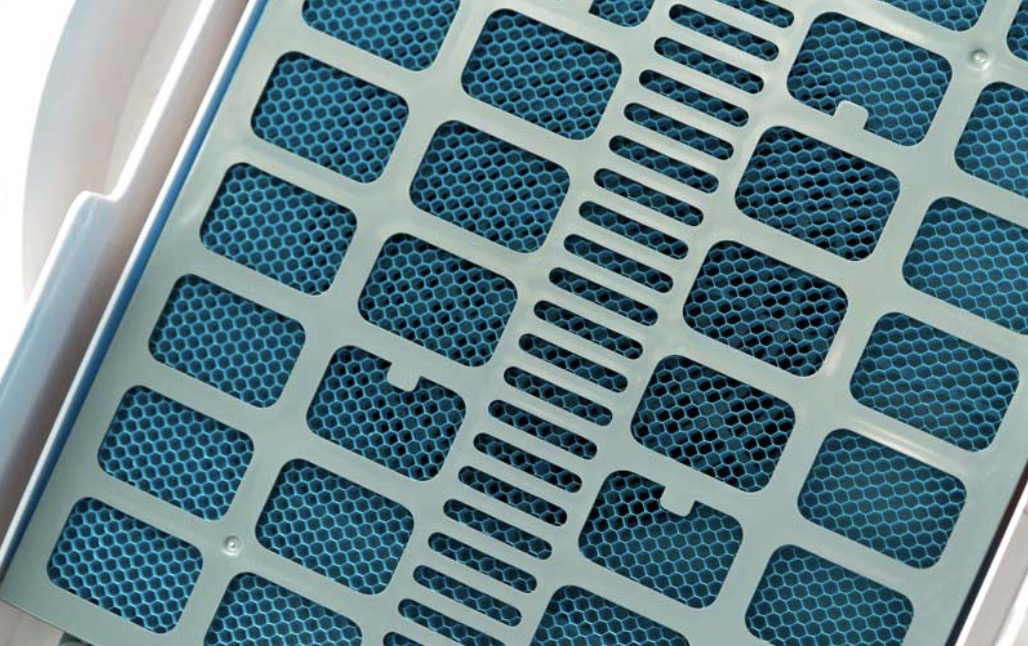 When most people think about air pollution they think of a giant cloud of smog hovering over a city and blotting out the sun. Well, that’s true in some areas of the world, but according to the U.S. Dept. of Energy, the truth is that indoor air quality is often significantly worse than it is outdoors. This effect occurs because there is less ventilation indoors and therefore concentration levels are higher. Without air flow, room air remains stagnant.

A HEPA air purifier increases air quality by filtering it 3-5 times per hour – it is able to remove dust, allergens such as pollen and ragweed, pet dander, mold and odors/smoke. You won’t notice it immediately but it can have positive effect on your health in the long run.

Before diving into it here’s some basic info about HEPA filters.

What are the requirements for HEPA filters?

The term ‘HEPA’ is defined and regulated by the U.S. Dept. of Energy

In order to be a high-efficiency HEPA air filter, a filter must trap 99.97 percent of all particulates down to 0.3 microns in size. A micron is one-millionth of a meter. To put 0.3 microns into perspective, consider that the typical human hair has a diameter of 100 microns.

In a residential setting, particles will include bacteria, dust, dust mites, mold spores, smoke, pet dander, pollen and viruses. Removing this matter from the area creates a sanitary environment and one that is conducive to easier breathing.

Ex: If 10,000 particles were to flow in, each one as large or larger 3 microns in size, 9,997 would be removed from the air. The numbers are impressive, reassuringly so. This lies behind the popularity of these filters, even though one generally doesn’t have the slightest idea how big 3 microns might truly be.

Below is a micron particle size chart for comparing.

How HEPA Air Filters Are Made

HEPA filtration media is made of thick sub-micron borosilicate fibers that are pressed into a net-like structure. This unique design allows air to pass through but is tight enough to trap particles. The material is cut into sheets that are then folded into a pleated design. The pleats are very close together, which allows for maximum surface area. Lastly, the formed media is placed within a rigid, often metal, frame.

In a residential setting, airborne particles trapped include bacteria, dust, dust mites, mold spores, smoke, pet dander, pollen and viruses. Removing this matter from the area creates a sanitary environment and one that is conducive to easier breathing.

The micron size of air pollutants are categorized using a MERV Rating chart.

The pre-filter is responsible for trapping the very large particles, which greatly increases the long-term usefulness of the HEPA air filter. As air passes through the HEPA air filter stage, it follows the path of least resistance, and the remaining particles are trapped in what is essentially a net. For certain models of air purifiers, the air then passes through an activated carbon filter, which traps the contaminants that a HEPA air filter cannot, such as chemicals, gases and odors. Finally, the air is recirculated back into the living space.

Net and web metaphors are actually a simplification of what occurs within a HEPA air filter.

FYI: Here’s where it gets a little nerdy.

Brownian diffusion occurs when air particles collide with gas molecules, which extends their path through the filter and increases the likelihood they will collide with a fiber.

Inertial impaction happens when particles cannot react fast enough to airflow changes, which causes them to be trapped on a fiber due to inertia.

Interception occurs when a particle is trapped by a fiber due to proximity and not direct contact.

The sieve effect occurs when a particle is too large to pass through the hole where the air is flowing.

Combined, these four mechanisms let the filter trap particles in a more efficient manner than would otherwise be possible if it were simply dictated by the porosity of the filter material.

We know that true HEPA air purifiers greatly increase the quality of air, but that’s just the beginning. For some they make an immediate impact. For instance they are very effective at filtering out cat and dog dander – you would be surprised how many people are actually allergic to their pet! It also has an immediate difference for those with seasonal allergies, have asthma, or suffer from COPD or emphysema.

A HEPA air filter is limited by its hole size, which for standard HEPA is 0.3 microns. It can filter out bacteria, mold spores, smoke, pet dander, dust, dust mites, viruses and pollen.

The problem is that most forms of odor and smoke are smaller than the HEPA standard. This includes wildfire smoke, cigarette smoke and permeating odors.

A good air purifier will be able to capture some, but for the full effect you will need an activated carbon filter (aka: Super HEPA filter) to remove airborne particles as small as 0.1 micron. These models are often very expensive with air purifier prices ranging from $299 to $899.

But the good news is that if you don’t have indoor smoke or odor, a regular HEPA air purifier will do fine.

Most portable air purifiers require an electric outlet and use a fan to force air through the system. Over time, air filters become clogged and require replacement. Most HEPA air filters will last three to five years in a residential environment.

If the filter is not replaced when necessary, performance will suffer, and it can eventually cause undue strain on the fan motor, which can lead to system failure. If a HEPA air filter ever becomes damaged in any way, it must be replaced immediately because air will circumvent filtration via the defect.

HEPA air filters have such a good reputation that they’re common in places like microchip factories, clean rooms, and sterile medical facilities. In places like this, it’s necessary to maintain almost perfectly pure air. While pathogens are smaller than 3 microns, and would ordinarily pass through the filters, these devices are outfitted with ultraviolet lights that kill all micro-organisms on contact.

If you’re in the market for a portable HEPA air purifier, these are the most crucial considerations.

Whether you are looking to purchase an air purifier or upright vacuum cleaner, recognizing a good quality product vs. a fake one is essential.

Below are some tips for buying HEPA filter products.

1. Never settle for anything less than true HEPA

When purchasing an air purifier it’s important to pay attention to the specifications, and avoid manufacturers that give a vague description such as “HEPA-like” or “HEPA-style”.

The U.S. Dept. of Energy sets the standard for HEPA certification, but it is sometimes difficult to enforce. In terms of regulation ‘HEPA’ isn’t at the top of the list.

There are some options online that aren’t true air purifiers – instead of removing particles with the filter, they simply distribute it throughout.

Look for an air purifier that will cycle air in a room multiple times, preferably 3-5 times per hour on the highest fan setting. The faster the air circulates within a room, the faster it filters out the particles.

Upright vacuum cleaners have much greater suction power than years prior. The higher suction brings stronger vibrations which can slightly jar the bag open, re-releasing particles back into the air. For this reason vacuum cleaners with HEPA canisters have become popular. Many of the top brands such as Shark and Dyson vacuums are fitted with detachable HEPA canisters.

Overall a HEPA filter is a good upgrade from traditional air purifier models in the past. Thanks to global adoption they have become reasonably affordable for every day consumers, especially those who suffer from asthma, allergies or respiratory conditions.

There are a lot of benefits in having a home air purifier. By removing 99.97% of particles greater than 0.3 micron you can significantly increase your home’s air quality.

Best of all is the price. You can purchase a good HEPA air purifier for as low as $89 – it won’t be the largest model, but should be perfect for use in bedrooms, city apartments or baby rooms.

Also if you are looking to purchase a vacuum cleaner, try to consider a model with a HEPA canister. They will be a bit on the expensive w/ Dyson vacuum cleaners ranging $199 to $599, but are worth it if air quality is a concern for you or a family member.

Hopefully you’ve learned a good bit about HEPA filters and air quality in general. If you have questions or recommendations, please leave them in the comments below and we’ll do our best to help out!